One God or many? 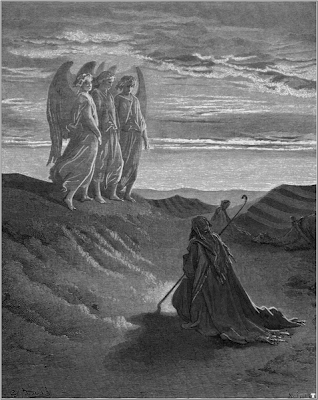 It’s my belief that monoteism is a simplified understanding that everything is the ONE ALL. However diversified it may appear to us in our mundane and terrestrial consciousness, there exists a true unity behind this apparent illusion. This transcendence of consciousness is what we should strive for in our theurgical, alchemical and mystical life. But also to bring the spirit into the matter, to unite the King with his Queen.
The current state of diversity, both in nature (i.e. the macrocosm) and in our psyche (i.e. the microcosm) is not an ideal state. The goal of pychoanalysis is to become conscious of your diversified nature, the complexes (which are rather “demonic” in nature), and be able to transcend their direct and indirect domination over the soul. The goal in psychoanalysis, as in psychosynthesis, it to unite the soul, make it whole again. This is beautifully portrayed in the Fall from Eden symbolism, both of the Bible and of the Golden Dawn. The Qabalistic work of restoration (Tikkun) is to become a new Adam, a new regenerated soul which no longer is diversified, which is whole and where the self (or in Freudian terms “ego”) is the master of the house, not the complexes of the subconsious.
This journey from fallen state of disgrace into the ascendend state of grace if profoundly portraited in the life of the son of man, Jesus Christ. In Christian symbolism there is much wisdom to be found. Certain rosicrucian currents like the F.A.R.+C. regarded the life of Jesus to be metaphors of the stages of the Great Work. As a student of rosicrucianism I of course find evidence of much wisdom and psychological value in the mysteries of the Christos, his crucifixion and resurrection.

The life of the Christos depicts a journey which leads from diversity unto oneness, into wholeness or holyness.

For me “oneness” and “wholeness” is the same thing. We are always composed of different ingredients, different component parts. Like our body and cellular structure. But our component parts must work in unison, as one. If not you will develop cancer (both figuratively and actually). It’s only when we transcend diversity and find unity that we can achieve the true spiritual life, Spirit. The words “whole” and “holy” comes from the same root, and this fact carries with it great wisdom.

I belive (and this may be quite controversial thoughts; they only represent my personal opinons) when we finally find the highest form of unity, oneness, union with our God, we transcend personality. In psychoanalysis, personality is per definition the result of neurosis. It’s our unconscious conflicts, bound up libido, etc. that makes us as characters. A “character”, “trait”, or “personality” is the sign of unbalance in one particular direction of a part of the whole. It’s beautifully portrayed in astrology and the Zodiac. Each sign can be regarded as a specific personality trait. The goal is to transcend the Signs and place oneself in the center as the Sun.

In this instance I recommend meditation on the 1°=10° diagram which pertain to this symbolism (the Table of Shewbread). The Pentagram in the center is the equilibrated man, the new Adam, which has his Elements in perfect equilibrium, and is crowned by Spirit (the number 5 and Heh is a reference to the 5 Elements). In the natural man the Pentagram is reversed. He is like a slave to the Elements (see Key # 15, the Devil). 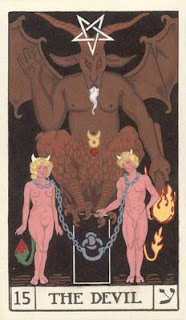 There exists powers in the soul of a transcendent nature which could be termed as “gods”; I am speaking of the archetypes in a Jungian sense. But these can likewise be attributed to aspects of the ONE ALL, or GOD, as it is done in the Holy Qabalah. The Archangels and Angels can be regarded as emissaries of these Archetypes, or even as representations of these Archetypes on a lower arc. But in the field of depth psychology, in a Jungian sense, the archetype of the “one” or of The God, is acutally the “Self”, i.e. the totality of the psyche, the whole of the soul.

Personally, I further believe that this “war” between polyteism and monotheism can be transcended. Most polyteistic religions (if not all) have a concept of a supreme God or Spirit that is the Father (or Mother) to all Gods. Budge even regarded the Egyptian religion as of a essentially Monotheistic nature because of the Amen-Ra worship. He also claimed that the local cults often exalted their main deity to be the father and highest King of the Gods. So there are tendencies of monotheism (or pre-monotheism) in Egyptian religion. The Aten worship didn't just fall right out from the sky.

Nun, or Nu, is the primordial sea. But from this maternal water (Binah, or perhaps the Ain Soph Aur) came the first God, the male sun god, Ra or Amen-Ra. He is the King of the Gods, the highest and first (not counting Nun, which is a more abstract principle), which (by mastrubation) gave birth to the plethora of lesser gods. There thus existed hiarachies of gods in Egyptian theology, like in Qabalah between higher and lesser Angels.

These lower “Gods” of Egypt is the equivalents of aspects (children) of this supreme being, like Angels are in the monotheistic reglion. Likewise in monotheism, there is many traces of polytheistic ideas. The notion of Archangels and hosts of Angels are reminiscent of the old “Gods”. There even exists wars in heaven in certain aspects of the monotheistic theology, particularly in Christianity. To continue with Christianity, there exists quite strong “polyteistic” notions in the Holy Trinity (by Jews and Muslims regarded as heretically pagan), the deified man-god, the formula of the dying god which is very Osirian, Dionysian, Mithrean, etc. in nature.

The roots of Christianity are more likely Egyptian rather than Jewish, i.e. hermetic. It’s not strange that the Coptic (i.e. Egyptian) Church was the first to be found in Christendom, and the Rosicrucian myth of Ormus (the Alexandrian Serapis-priest) points to a certain direction. There exists a strong link between the mysteries of Osiris (and Isis, Horus, etc.) and Christian myths.

My point here is that we as magicians, alchemists and mystics (I don’t regard these three categories as separate) must see the value of both theological systems. The Hermetic tradition has its roots in polytheism and paganism, but also has strong monotheistic sentiments (as can bee seen in “Poimandres”). Even as we can acknowledge the ONE GOD we also can use different godforms to create a link with a certain Archetype, which is a aspect of the ONE. Personally, I regard myself as a “Christian pagan”.

This aside, the mythology of the polytheistic religions can be very rewarding and illuminating in its study, both of the human nature (microcosm) and of the understanding of nature (macrocosm), as it contains much wisdom, as do our classical fairy tails for children. This has been proved in psychology, for exemple in the myth of Oidipus. The same can be said of many of the myths of the Bible.