The amity of Alpha et Omega and Stella Matutina 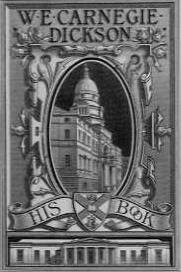 The official (i.e. published) account of the history of the Golden Dawn has hiretho promulgated the notion that the Rosicrucian Order of the Alpha et Omega and the Hermetic Order of the Stella Matutina went separate ways after the original split of the Hermetic Order of the Golden Dawn in the year 1900, and that they continued this animosity until the decline in the 40’s, in the wake of Regardie’s publication of the Hermes Temple material, the only exception to this being the unofficial breach of borders by some prominent Adepts, i.e. Westcott and Brodie-Innes.

However, during the late 1990’s I was told that the A∴O∴, S.M. and Fellowship of the Rosy Cross, i.e. S.L. MacGregor Mathers, Robert Felkin and A. E. Waite actually either signed a document or came to an spoken agreement to mutually recognize each other as genuine continuations of the original Golden Dawn. And today, almost ten years later, Tony Fuller - the notable scribe on the history of the Golden Dawn - has made some extremely interesting accounts of an amity and substatial collaboration developing between the two fractions during the 1950’s, which also involves the Cromlech Temple and Whare Ra in New Zeeland. This information, Fuller states, is backed up with documentary proof. As this information was revealed on the Pat Zalewski forum I have taken the liberty to cite pertinent portions of Fuller’s account on this blog, for future reference.

Tony Fuller states that “Hugh (Euan) Campbell [an Adept of the Whare Ra who made a trip to England in the 30’s to study Enochiana at the British Library] actually made contact in 1934 with the AO through the form of Dr. Carnegie Dickson who succeeded Brodie-Innes as head of the AO. He was also Cancellarius, later Imperator, of Mrs Tranchell-Hayes Lodge and head of the Cromlech temple. But he inherited something else. Under Mathers there was set up an ‘Adept College’ consisting of the senior members of ‘the two Sister Rosicrucian Orders in Britannia’, being the R.R.et A.C. and the Cromlech Order. It also contained a ‘Senate’ of the Chiefs and very senior members”, or so Fuller states claiming he has the appropiate documentation proving this. Fuller further states that “Brodie-Innes suceeded Mathers and was in turn suceeded by Carnegie Dickson. By 1939 the AO was moribund but there were members still active, some of whom went to the Hermes temple which, from the 1950s increasingly followed the AO line in ritual although it also strengthened and reaffirmed its links with Whare Ra”.

According to Fuller “Carnegie Dickson tried to reactivate the Senate and College in 1945 and drew some SM members in. By 1950 he was working closely with Hermes again and after his death in 1954 Mrs Carnegie-Dickson, who succeeded him in all posts, was asked to become the senior Chief of Hermes (again, all documented). One of Cargenie Dickson’s AO students was Charles Renn who followed his mentor into Hermes. He became a senior member of the Cromlech temple (now transplanted to Hermes) and had done his 6=5 Grade under the AO”, all according to Fuller who states he has Renn’s 6°=5° ritual. Fuller further states that Renn’s wife also was “active in both Orders”. Fuller concludes that there “is no doubt that Hermes declined considerably in the 1950s and was struggling even to get a third Chief”, as a photograph which is in his possession “of the entire Second Order in 1956 shows 7 people, besides the cameraman making the eighth. Some of these are very elderly. Because of the decline it was agreed Charles Renn, highly regarded by Mrs Carnegie Dickson, would take his 7=4 in New Zealand under Whare Ra. This was not the preferred route because he wanted to do the AO 7=4 but this was no longer possible at Hermes. This occured and because he and his wife were so impressed with the permanent Whare Ra building, and with the relatively strong Order in New Zealand, they decided to emigrate permanently”.

According to Fuller’s understanding “Renn was a member of the Senate at the time of his move and he was given a Warrant in writing to open a Cromlech temple and to represent the Senate (based on the AO system through which he had been). The Cromlech was duly opened and a consecration was performed in December 1964. Prior to this Mrs Carnegie-Dickson had been sending out advice and numerous papers of both Orders. After a few months he died of a massive heart attack. There were about 10 New Zealand members of Cromlech, all Second Order and several being very senior, including Euan Campbell 9=2. Charles’ wife was designated his successor but, not unnaturally, as a newcomer, felt unable to rule the Order with so many long standing members of seniority who had known one another for decades. On the other hand she felt it far too early to consider handing over her roles to the Whare Ra members. She sought advice and Mrs Carnegie Dickson advised placing the Order, and its lineage, in abeyance. This she did. The opprtunity to reactivate did not occur because of the beginning of the decline of Whare Ra itself, and much internal bickering, in the late 1960s and the intrusion of BOTA which did not help matters but only fragmented the Order further. Mrs Carnegie Dickson died in 1968”.

Tony Fuller ends his highly illuminating account saying that thus “the AO Senate and Cromlech lineage remained in New Zealand in abeyance”. He also provides a quotation from a prefatory noted to the Copy No. 4. of the A.O. 6°=5° ritual called, Ritual of the 6°=5° Grade of Geburah - The Book of the Conference of the Signs in the Grade of Adeptus Major:

Note by F.F.J.: I have typed this Book of the Signs from two copies made by the late GH Frater Sub Spe, the one typed and the other in his own hand-writing. They give the details of the Signs of the 22nd and 23rd Paths and of the Grade of Adeptus Major as used by Frater DDCF in the early days of the Orders of the GD and the RR et AC, and who value our “Apostolic Succession” from and through these sources.... [Section omitted by Tony Fuller]

The strict conditions upon which I myself received these GD Grades when I was appointed GH Frater Sub Spe’s successor as “Chief Adept in Charge of the Adept College of the Two Sister Rosicrucian Orders in Britannia” was that I should personally (underlined) pass them on to any Fratres or Sorores deemed fit by the Adept College to receive them, and that all pledges in these Grades should be made to me as Chief Adept in Charge for the time being of the College. Of the Senate of that College, then appointed in 1923, just before the death of Frater Sub Spe on Saturday 8th December 1923, the GH Soror Dominus Illuminator Mea and I (Fortes Fortuna Juvat) are now the only surviving members (the others then appointed having been Frater Sub Spe (Chief Adept in Charge), Soror Sub Hoc and Signe Vinces (Deputy Chief Adept); and in order of seniority, Frater Fortes Fortuna Juvat (Warden), Soror Dominus Illuminatio Mea; Frater Per Laborem Aspiro (the late James Barclay); Soror Via Crucis Via Lucis (the late Mary Barclay); and Frater Ecce.

This information about the Stella Matutina’s Hermes Temple No. 28, situated in Bristol, especially the part were it worked the 6°=5° and 7°=4° of the A∴O∴, is quite interesting considering the account given by Francis X. King which states that in the middle twenties three initiates “resigned from it as they no longer felt themselves in agreement with the markedly Anthroposophical tone of the teachings given out by the Chiefs”, which again is confirmed by R.A. Gilbert who says that it “survived intact until the late 1960s”, but that “the Golden Dawn content of its teaching had been submerged long before under the Anthroposophy of Rudolf Steiner”. Also given the severe criticism of Regardie’s against the Adepts and Chiefs of the Hermes Temple, the very group that initiatied and advanced him from Neophyte to Adeptus Minor, makes this new information of Tony Fuller’s into a vindication long overdue. It’s obvious that we must turn our attention to Bristol and its long standing Temple anew viewing it in a unbiased light.