The Rosicrucian myth of Ormus 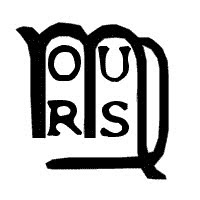 The story of Ormus is a legend that originated in the early stages of the Gold- und Rosenkreutz Orden (Golden and Rosy Cross order) in 18th century Germany. The legend states that the Rosicrucian order was created when a Alexandrian Gnostic sage, priest of Serapis and mage of Egypt named Ormus and his six followers were converted to Christianity by Mark, one of Jesus' disciples. From this conversion, Rosicrucianism was supposedly born, in the year 46 CE in Alexandria, Egypt, fusing early Christianity with Egyptian Hermetic mysteries.
This legend can also be found in the Memphis and Misraïm Masonic system. The Masonic historian E.J. Marconis de Negre (which supposedly founded the Misraïm-Memphis Rite together with his father Gabriel M. Marconis) says the following regarding Ormus in his "Brief History of Masonry" from 1849:

"About the same time [46 CE] the Essenes and other Jews founded a school of science according to Solomon's teaching and joined Ormus. The fol­lowers of Ormus, up to 1118, were the only trustees of the ancient doctrines of Egypt, purified, of course, by Christianity and the teachings of Solomon. These doctrines they communicated to the Templars. They were in consequence known under the name of 'Knights of Palestine' or 'Brethren of the Rosy Cross of the Orient'."

This writer had an earlier source in Baron de Westerode, who almost wrote the same ting in 1784. He called the early society "the Society of Ormus", which, according to Westerode, was joined by groups like the Essenes of Palestine and the Theraputae of the Thebaid Tradition. He also claims that the society was called "The Sages of Light" by the members, to which Ormus gave a red cross as a decoration.
So its easy to detect a clear Templar connection with Rosicrucianism here, which was supposed to adopt the same symbol, a notion which also were held by the French Alchemical society F.A.R+C. (Freres Aines de la Rose Croix) of Roger Caro.
If I recall the story correctly, the desciples of Ormus were supposed to split up after his death into several societies (perhaps that accounts for the many names of the society?), most of them over time developing corrupt teachings. Only a few of them were supposed to remain true to the spirit of Rosicrucianism (three if I'm not mistaken), when they came into contact with the crusaders and later was supposed to inspire the Knight Templars organisation.
S∴R∴
Upplagd av Sincerus Renatus... kl. 09:38