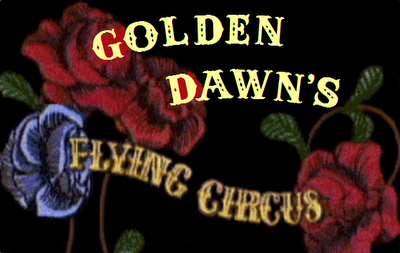 IT HAS RECENTLY been suggested by Pat Zalewski that the members of his particular Golden Dawn Yahoo-group should form their own peer reviewed panel in between their members and some established historians, such as Bob Gilbert and Ronald Hutton. That idea sounds nice on its face value, wouldn’t it been for the fact that the main motive behind it is “due to some tripe coming out recently that masquerades as Historical research” and rejecting “rambling nonsense we are getting at present”, to use Mr. Zalewski’s own words. I.e. the main motive is to create some form of “ultimate weapon” posing as academic research against traditionalist schools, such as the Rosicrucian Order of Alpha et Omega®, etc.

It is with some amusement then that I read over at Nick Farrell’s blog, on the comments sections at some of his recent blogs, postings by an anonymous blog troll either being hailed or receiving positive attraction from Mr. Zalewski, Mr. Farrell, et al of his post-modernist Yahoo-group of Golden Dawn scholars. That anonymous blog troll has spread lies for the last weeks regarding the lineages of Rosicrucian Order of Alpha et Omega®, posing as being intimately connected to members of the old Serapis Temple from London, from which the Rosicrucian Order of Alpha et Omega® traces its 7°=4° lineage. That troll is even trying to masquerade as a personal acquaintance of Desmond Bourke, claiming that the latter wasn’t at all connected to the Serapis Temple or giving them any charters or training, etc.

I ask my readers: Who would you trust, the words written by an anonymous blog troll bent on defamation of the Rosicrucian Order of Alpha et Omega® or the written testimonies of two well acclaimed and respected Adepti Exempti, i.e. that of Robert Word and Jean-Pascal Ruggiu? They hold that Desmond Bourke sat as Praemonstrator and Apollon Leontas as Imperator in that Temple at the time of their Adeptus Exemptus initiation. They both also became closely acquainted with Mr. Bourke. I don’t know about you, but I do trust Mr. Word and Mr. Ruggiu.

But of course, if you are a post-modernist Golden Dawn researcher posing as a pseudo-historian, having a political as well as a economic interest (charging incredible sums from your correspondence courses) in keeping your Golden Dawn franchise, I bet you would trust anyone bad mouthing and spreading libellous lies about Desmond Bourke, even one that is writing as a typical anonymous blog troll.

Now, Mr. Zalewski made the pessimistic comment regarding his suggested peer review panel that the “realities of this getting off of the ground though would be slim indeed”. It surely will not leave the ground if he and his followers persist in listening to vile rumours written by anonymous commentators with no other ambition than to spread venom against the Alpha et Omega®. I wonder how they would footnote their references? “Anonymous blog commentator source”? Would academics with Hutton’s and Gilbert’s standards even want to associate themselves with such a biased construct? The credibility of Mr. Zalewski’s peers is waning by each week of this drama.

This is surely a tragic comic comedy show. The Virtual Golden Dawn Flying Circus. I’m not surprised though that this new anonymous blog troll has surfaced, just in time of the International Conclave of Golden Dawn Adepti. I once had an encounter with an anonymous blog troll and I will never fall into the trap of treating such a person with any reasoned arguments. It simply is to no avail. I urge everyone – especially those with scholarly pretentions: Don’t feed any blog trolls!