Conversations with a Master Alchemist: On Secrecy in the Hermetic Tradition 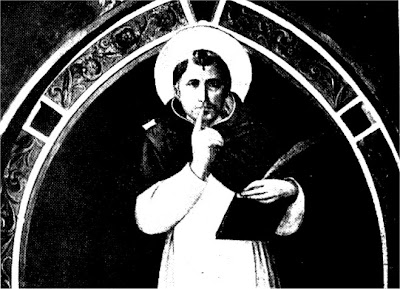 This message was originally published in the International Golden Dawn Forum on November 19th, 2008. The original text is written in a unknown European language and was translated by David John Griffin into plain English. It is written by a genuine Master Alchemist of a secret fraternity continuing an unbroken link of succession counting back to the times which predates that of Master Jesus, and which preserves the ancient wisdom of the Egyptians and Chaldeans, today referred to as Hermetic Alchemy and Magic. I have been granted permission to publish this exposition on my blog by the G.H. Chiefs of the R.R. et A.C. I have preserved the text in its original format without any amandments. It is well worth its reading as it in a very erudite and candid manner explains the principles of secrecy from the traditional Hermetic perspective - S∴R∴

[Translators Note: The following exposition is delivered to our readers from RC, faithfully translated by your brother in the Great Work, Lux Ex Septentrionis (Light From the North)]

The primary function of secrecy in esotericism is not to manipulate others, which has unfortunately been done and continues to be done in bad faith by persons who are not Hermetic Masters. A true Hermetic Master never causes his students to suffer, but maintains secrecy of the more advanced practices rather to protect the body, soul, and mind of the Apprenctice not yet prepared to assimilate these techniques, which when practiced by individuals not yet evolved enough would certainly destroy them.

Let us take a simple example. Let us say that one of my students tries to convince me to give him or her an advanced alchemical technique. I observe in the behavior of the student that they are not yet ready to have and practice this particular processing as they have not yet reached the necessary degree of spiritual maturity. Because the disciple is insistent, however, I allow myself to be convinced, give in, and give the technique to them anyway. The student diligently begins with the practice and as a consequence either goes mad or dies, which, by the way, are very real dangers with Hermetic alchemy.

Now why did this tragedy occur? It occurred for the simple reason that the Apprentice used an instrument much larger than themselves that requires a profound level of spiritual maturity for its use, for which the student was unprepared. No true Master Alchemist would, of course, ever give such a dangerous technique to an unprepared Disciple of the Art.

This same line of reasoning is followed today by more advanced nations in the sense of superior democracy in regard to, for example, smaller nations still ruled by dictators that, if were they to possess atomic weapons, would use them to destroy others and themselves. Can you imagine if Osama Bin Laden were in possession of the secrets of how to build atomic weapons? This is why nations like the USA protect the secret of the creation of atomic bombs...in order to protect an infantile humanity from self-destruction.

No Hermetic Master who is a true Master would ever give everything all at once to an Apprentice. It is the proper development and spiritual maturation of the Disciple over time that determines their capacity to assimilate more advanced spiritual techniques with their attendant higher states of awareness and realization.

If we plant an apple tree, we accept that five long years will pass before the tree will ever bear fruit. Why then should we expect it should be different with the Secret Hermetic Science?

Aspirants today are unwilling to sweat on the books and in the laboratory as have done all true Children of Hermes and thus have discovered the true significance of every term and all of the sequences to put into operation the secrets of the Great Work.

But today, in the age of the Internet, aspirants want easy, immediate, and complete access to information. Above all, they do not want to sweat and work!

Of course not. They want to be able to go to a bookstore and buy a book like they do with Regardie's Golden Dawn, or even better yet, Google a website and voilà ... to become a Hermetic Alchemist reading in clear text all of the secrets of the Royal Art!

Such is the mentality of the 21st Century.

But with Hermetic Alchemy, alas, this is not possible.

To explain why, let me give you an example from modern physics. There exist in libraries books with the knowledge to build nearly anything, either good or evil, explaining all of the accumulated science of man.

But how many people dedicate themselves to a profound study of the matter?

Likewise many aspire to the light but only the fewest obtain it because it is “difficult” to study and to practice.

No...aspirants of today want to have everything clearly written and readily understandable.

And even the Hermetic Masters are accused today that “we keep secrets only to manipulate others,” merely because, as we have done for countless Centuries, we speak, write, and discourse with you using the very symbols of the Sacred Science itself.

But were I to reveal to you the deepest and most profound secrets of alchemical processing, how many of you would understand?

How many of you would have eyes to see?

How many, ears to hear?

How many would succeed to perceive the naked truth in itself?

In fact, only the fewest of the few.

I repeat to you once again, as has been written and said over and over by the Hermetic sages of all ages, in words that are as true today as they were in ancient times:

Just as there exist symbolical languages for physics, chemistry, and philosophy, without which you can not truly understand these sciences, so in alchemy there also exists a symbolical language that since millennia has been beneath the eyes of all in books, in cathedrals, and in every construction of the ancients. Even the fables of storybooks are full of these symbols!

Thus you can not accuse the Hermetic alchemists of hiding things from you or speaking in riddles. It is only that we are speak in a different language, known in alchemy as “The Language of the Birds.”

How can you expect to understand this language any more than Sanskrit unless you likewise learn its rules and symbols with great effort, and to study, study, and study more?

Thus it is not we, the Sons of Hermes that you should accuse of speaking in riddles and of keeping secrets from you!

You should blame yourselves instead for not having studied enough and researched enough!

In fact, the alchemical maxim is quite clear and enough to come to an understanding of the entire Opus:

For those of you who have not applied yourself to understand Latin, this means in terms that even limited understanding might yet grasp:

“Read, read, reread, and you will find.”

Thus you may understand the truth that I speak to you as all of the Sons of Hermes who have come before me have also said, that everything is already written and it is only the ignorance and the intellectual laziness of those who approach the Sacred Sciences that serve as "natural selection” to screen out the undeserving by their own work from the truly deserving that are committed to and conquer the mysteries.

In the Sacred Science, not everything can be given to everyone even if it is revealed because:

the Science can not be given, but rather...it must be conquered.

It is not enough to have faith to become a true Initiate, but one must above all study, work, and engage oneself to the very depths.

How many are capable of this?

This is why true Initiates have “always” been few...

and today are even fewer.

And everything not successfully conquered on one’s own remains shrouded in mystery waiting to be discovered, and becomes “secret” only to the degree that it does not become conquered and discovered by hard work and research.

It is like as if I should enrolls to study Physics at the University. During my first year everything that the researchers of Theoretical Physics are doing will certainly remain “secret” to me. But if I apply myself I can unlock their secrets, as they are already revealed but in a language that I must first learn. Unless I learn this language, however, theoretical physics will always remain a mystery for me.

But to return once again to your original question:

“Why do you speak in a veiled manner, and why have the alchemists always spoken like this as well?”

I do not speak in a veiled manner. I have always spoken forthright and clearly with you.

The problem is rather with your understanding.

I speak with symbols that you do not understand only because you have not studied them.

Study the symbols of Hermetic Science and you will understand me completely.

Then you asked me: “Is this not only a manipulation?”

I have already explained to you that unfortunately there are others who do use this science to manipulate others.

I do not manipulate anyone, however. In fact, I am not even interested in having Disciples.