Dualism and the Golden Dawn 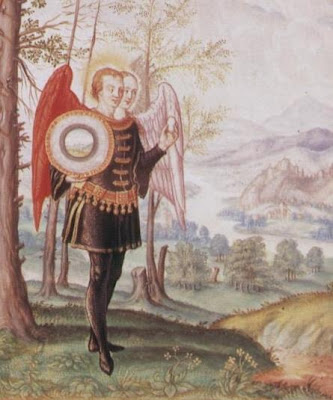 What is the position of Golden Dawn initiates on the subject of dualism? The answer to that question depends upon what one defines as being “dualist”. Golden Dawn initiates are NOT dualist as normally regarded by Christian, Gnostic and Zarathustrian doctrines. Thus we don’t believe in an evil force called “Satan”, or as the demiurge “Yaldabaoth”, or as “Ahriman”, in opposition to a good force called “God” or “Ormus”, etc. But we do believe in the two great polarities throughout nature, such as day and night, light and darkness, or male and female, etc. But as Hermeticists we also believe that these two great polarities are both part of GOD or The ALL. This relates the Hermetic tradition also with the Sabbathian Qabalistic tradition, where Evil is seen as part of GODHEAD. The seeming opposition between Evil and Good is only seen as antagonistical when viewed from the limited human perspective, but not if seen from the perspective of Godhead, where all opposites are reconciled. Here one must remember the teachings concerning the Triangle.

Golden Dawn initiates don’t regard physical existance to be an illusion or evil. We believe that the World we are living in actually exists. However as Hermeticists we believe neither in “Matter” nor in “Spirit” as absolutes in themselves, but rather regard these being denominative expressions signifying the two extremes in the continuum of frequency in what we could call a “substance”. Thus there exist only an illusion regarding what constitutes the true nature of matter, rather than that the world of action doesn’t exist as a phenomenon. There is no actual differentiation between LIGHT (L.V.X.), LIFE and CONSCIOUSNESS, or between the Subjec(ive) and the Object(ive).

Thus Golden Dawn initiates are NOT dualist in the sense of separating Spirit from Matter, or Soul from Body, which is often implied when defining the word “dualism”. But this kind of dualism is also related to the one I mentioned previously, as expressed through Gnosticism and some forms of Christianity, where matter or worldly existence is regarded as being the realm of the Evil One, while heaven is restricted to God.

It is true that Hermeticists and Qabalists, as well as Golden Dawn initiates, regard matter as in a fallen state. But with this fall also God fell down into the realm of Man and the World of Action and Manifestation. This created the separation of the Goddess aspect of Godhead from the God aspect, the former being trapped in Matter below while the latter was restricted to the Heavens above. But that both are of a divine nature is clearly evidenced by the Hermetic axiom “that which is above is as that which is below, and that which is below is as that which is above”.

This is seen in many faiths and pantheons, even in the Gnostic worldview where Sophia is trapped in matter. But Matter was not created by an evil entity, as in the Gnostic narration; it was created by the supreme Godhead (God-Goddess). But because of a cosmic catastrophe the feminine aspect of Godhead, the Divine and Great Holy Mother, became trapped in our World. In Qabalah this is known as the Shekinah, the presence of God in the World of Action. In the Tantric myth this referred to as Shakti, who ever longs to unite with her heavenly consort Siva. 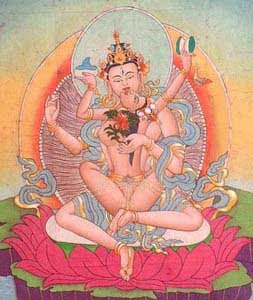 Thus the Great Work lays its emphasis upon this Alchemical Wedding between Heaven and Earth, aiming to erase any notions of separation between them. In Tantra and Yoga this is pictured in the awakening of the Serpent Power or Kundalini (the Shakti power), while in the Qabalah this is described as the “raising of the sparks” in the Tikkun ha-Olam. This is furthermore depicted in the Rite of the Qabalistic Cross. In its simple symbolism this rite resumes the entire purpose of the Great Work; the UNION of the Opposites, both in a “horizontal” and “vertical” manner. It is the foremost symbol of the Alchemical Wedding which conceives the Christos in the heart; the Universal Androgyne or Alchemical Hermaphrodite.

But it must be emphasized here that the primary goal in Hermetic Magic and the Great Work doesn’t imply any “ascension”, as is normally implied by this term; the main objective is to invoke and have the L.V.X. descending into matter (body) to raise its vibrations. For me “ascension” often implies leaving the body and matter behind, which in my opinion is counterproductive for all true spiritual work; it is a sign of escapism rather than spiritual attainment. The goal of the Great Work should be to integrate spirit and body into One Whole Unit for it to be able to create this Holy Alchemical Hermaphrodite. The outcome of this is cosmic consciousness or unity with the ALL – which is both spirit and matter, transcendent and immanent.

Read the second part of this essay here.

this article is simple and to the point and eliminates many misconceptions that i have seen amongst occultists. Brilliant.

Excelent article, since talks about two very important aspects of the Rosicrucian teachings: Spirit and Energy; Vibrations of the same emanation and Union/Reconciliation of opposites.

As we as magicians develop our energetic bodies and reconciliate our earthly condition to our true nature, which is purely spiritual; we have access to higher states of conciousness which allow us to change our life in spiritual, psychical and physical levels.

Thank you Fratres for you kind words!

@Frater VL: Our "true nature" is both our physical vehicle, or Body, and Our Soul and our Spirit (the Three Alchemical Principles). However the "fall" from our original state as created a chronic separation between these three levels of our existance. Furthermore, following the Qabalistic doctrine of the Qlippoth, our Body has also become corrupted and debased. In the Great Work we must thus purify our Body and rejunite it with our two other Principles (essence). With this we reclaim our original state (which is our birthright) and become truly Immortal and Godlike; more than human.