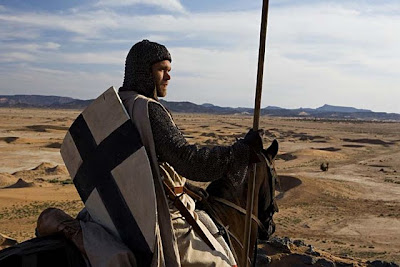 I found a highly interesting reference to Sweden and the early Rosicrucians just recently, made by the French esotericist Jacques-Etienne Marconis de Negre, one of the founders of the Memphis Rite in 1839, which I would like to share with you on this New Year Day’s Eve.

In 1849 Marconis de Negre published Le Sanctuaire de Memphis (“The Sanctuary of Memphis”), which basically presents an sligthly alternative Templar legend regarding the origin of the Rosicrucian and Masonic Orders. It starts off with the usual account of Ormus, his conversion to Christianity by S:t Mark, the union of his school with that of the Essenians and other Jewish sects. But where it gets really interesting is where we reach the age of the crusades. Let me quote the pertinent part:

Untill 1118, Ormus’ disciples were the only depositories of the ancient Wisdom of Egypt (purified by Christianity), as well as of the Templar Science. These were known as Knights of Palestine or Rosicrucian Brethren of the Orient, that the (Masonic) Rite of Memphis regards as its immediate founders.

In 1150, eighty-one of them arrived at Sweden, having Garimont as their leader, and presented themselves to the archbishop of Upsala, to whom they bequeathed the heritage of Masonic knowledge. These eighty-one Masons established Free-Masonry in Europe.

After the death of Jacques de Molay, the Scottish Templars, apostates at the king’s (Robert Bruce’s) instigation, gathered under the standards of a new Order that this prince had instituted. The receptions in this Order were based in those of the Order of the Temple. Here is the origin of the Scottish Masonic Rite – and of the other Masonic Rites as well.

The Scottish Templars were excommunicated by Larmenius in 1324. This date agrees with the one given by Br. Chereau, regarding the separation of the Masons of Edinbourg with the Masons of Memphis: 1322, which is two years earlier.

The Masons of Memphis rested faithful to the ancient traditions; the others founded a new Rite, called Rite of Heredom de Kilwinning or of Scotland.

Thus, from the late 14th century, two Rites exist: the Rite of Memphis or of the Orient and the Scottish one. Both continue to attract followers all over Europe.

This reference to Upsala in a Masonic context I have never seen before. Upsala is the former Capital of Sweden, and was a centre of commerce during the Viking age. Today it is a city of learning, housing one of the greatest Universities in Sweden. There are also supposed to be remnants of some Swedish churches originally built by Templars. Historical research shows that there was a quite significant presence of Templars in Sweden during the reign of House of Bjelbo (also known as the House of Folkung), which went so far to even embrace members of this Royal House as members of the Templar Order, through which the latter received both land and mansions from the former.

But this connection of the Masonic and Rosicrucian legend made to Sweden is original. According to this legend Masonry was introduced to Sweden one and a half century prior to it finding its ground in Scotland. Furthermore, masonry of Sweden is here portrayed as being the esoteric and Rosicrucian one while the Scottish one is practically labelled as exoteric, being that of Blue Lodge Freemasonry. Even if this is just another of several fanciful Rosicrucian legends, I find this one particularly fancy and likable being a Swede.

I wish you all a Happy New Year!