The Bodhisattvas of the West 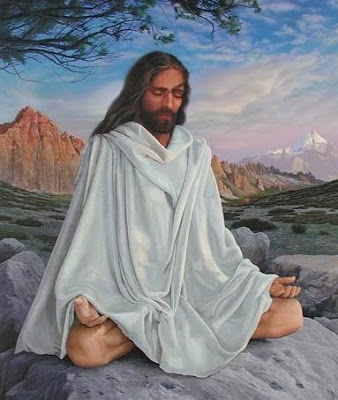 In a recent discussion someone stated that Aleister Crowley considered someone passing the Abyss upon the Tree of Life as becoming a “demi-god”, and in particular the Magus or 9°=2° becoming a “demi-urgos”, or the one who creates his own universe, while the Exempt Adept or 7°=4° was considered being the equivalent of a Bodhisattva. However interesting these ideas may be I don’t fully agree with Mr. Crowley’s assignment of the Supernal Grades and neither that of the Exempt Adept.

Although I agree that the 7°=4° is a quite exalted Grade, being that of an Exempt or “emancipated” Adept at the level of Chesed, one dosn’t become a demi-god just by crossing the Abyss alone or find onself being able to create one’s own universe as an Magus (at least not literally). It is a common mistake made amongst the Adepts of the early 20th Century to attribute superhuman status to the Grade of Exempt Adept. In particular Dion Fortune, in her book The Mystical Qabalah, expresses the opinion that the 7°=4° Grade is unattainable for incarnated initiates; only to be reserved for the Masters who has freed themselves from the wheel of incarnation. This relates somewhat to Crowley’s assignment of the Bodhisattva to the Grade of Exempt Adept. 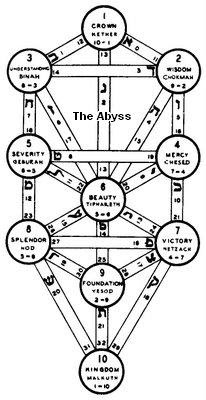 The Grades upon the Tree of Life
But a Bodhisattva is someone who has attained illumination but chooses to reject Nirvana, to be able to serve his fellow men out of compassion. He is often considered to be someone who has reached the last line in the chain of incarnations and is about to become a Buddha – one who has reached Nirvana proper. This state of Bodhisattva-dom is often compared to the ministry of the Christ. Thus a Bodhisattva, if I have understood the Buddhist teachings correctly, is similar to an “avatar” or individual who have freed himself from the wheel of reincarnation but chosen to reincarnate as a teacher of mankind. Dalai Lama, as an example, is considered to be the incarnation of Avalokitesvara, the Bodhisattva of compassion.

Thus Bodhisattvas I would more correctly place at the level of 10°=1° in Kether, or Ipsissimus – the one who is most himself. This is someone who has completed the alchemical Great Work and reached conscious immortality in a Solar Body of Light. According to Hermetic tradition, there are supposed to be non more than 12 of these true Masters, as there are supposed to be 12 Boddisattvas according to Buddhist tradition. The other two Magisteria, or 9°=2° (Magus) in Chokmah and 8°=3° (Magister Templi) in Binah, are “simply” final preparatory stages to achieve this Solar Consciousness, trough the separation and refinement of the Lunar and Mercurial bodies respectively. 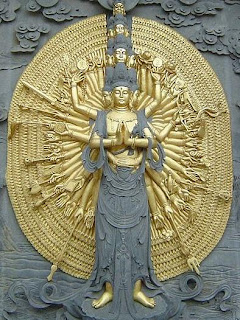 A Bodhisattva
The 7°=4° is one who has emancipated himself from the passions of the body. He has succeeded in subjugating the Animal Soul – the Nephesh – under his conscious will, or the Ruah. This he has done through the process of the Major Adept, or 6°=5°, when one evokes and make conscious one’s own repressed and unconscious “demonic” complexes, analogous to the descent of Jesus into Hell and his sojourn there during three days. Thus being “emancipated” as an Exempt Adept of 7°=4° doesn’t mean that one has freed or is about to free oneself from the Wheel of Reincarnation, but that one has finally transcended (or sublimated) the ego consciousness of Yesod unto that of Tiphareth, and made the former into the throne of the latter.

A 8°=3° is a Master of the Temple (Body) at the existential level of Binah and Neshamah, which means that he has taken control over his bodily actions and reflexes, thoughts and emotions, enough to be able to separate his astral double or Lunar Body. A 9°=2° is a Magus or Magician at the level of Chokmah and Chiah, associated to the Mercurial principle, which now is mastered according to its corresponding body.

To people below the Abyss these two Magisteria may seem to be superhuman in power. But they are still “mortals” in the sense that they are still bound to reincarnation if prematurely deceased. A Magus, being in full control over his mental processes and able to exert a total focus of Will is thus able to create magical manifestation uncommon to ordinary men, even if he isn’t able to create an entire Universe for himself to rule as God. As a Magus one is now able to “walk on water,” turn “water into wine,” and even “resurrect the dead” and “heal the mortally sick” as described in the gospels (Chiah, the Hebrew soul corresponding to Chokmah, translates into “life”). Jesus, in his pre-transfiguration phase, may properly be described as a Magus. 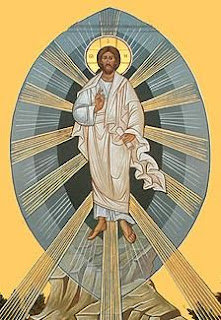 The Transfigurated Christ
But it is still only through the Solar consciousness that one becomes “more than human” and finally reach something which may be compared to “demi-god” status. Here one is able to chose between life as an ascended master, and even union with the ALL and thus properly reaching the level of Ain-Soph (i.e. beyond the Tree of Life), or of being a “Bodishattva” at the level of Kether and Yechidah. Thus one is able to have full control over the life force and of matter. One is now a “god” being incarnated in a body of flesh. One has control over the life instinct and death drive inside oneself and inside of others. This is the state of the Christ after the transfiguration. Thus the oriental term of Bodishattva may be considered to be synonymous with the occidental term of Ipsissimus.

Excellent post, made for fine reading. I've always thought the idea that the Exempt Adept was somehow superhuman was a bit off. The idea leads one to think, in the back of the mind, that the grade is unattainable. I also think it is bad because there are many Adepts of this grade, and not a one of them superhuman from what I've seen...assuming that this Grade made one a Bodhisattva, and then seeing that the folks who are of the Grade do not have similar spiritual insight and power, would lead an observer to fault either the work of the RR et AC, or the honesty of the Adept. Neither of which will do. Thanks again for a great post!

thank you for this post, which does put the record straight on a few points. :)

Of interest to me is that in much Mahayana Buddhism one takes the Bodhisattva vow as one ENTERS the path, the functional equivalent of the Neophyte degree. Thus, regardless of attainment or transformation, we compassionately vow to forgo the eternal rest until we ALL enter the Paradisum together. I have always thought that if we in the west encouraged our Neophytes to commit to such compassionate action as they start their magical journey we would have a far healthier and much effective tradition.

Thank you for your valuable input. Yes, I was considering saying that it was according to one Buddhist tradition where one finds 12 Bodishattvas, but I chosed to simplify things and emphasize the correspondence East and West on this account. But it is good that you have pointed out this for my readers.

Also, it is a very interesting perspective regarding the Bodishattva vow. This corresponds to the Tarot Key No. 9 (at least according to the version of Waite and Case), where the Hermit lights up the path for those that are ascending after and below of him (having reached the summit of the ascent). This is a powerful image. I tend to agree that it would be a good idea which you propose to insert a paragraph into the 0=0 obligation to this effect. You gave me food for thought. Thank's for this!

I guess the democratizing impulse does tend to make us all want to make this accessible for the masses, eh ;)