A general boycott of blog trolls 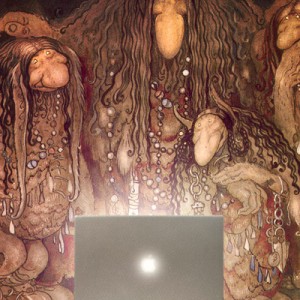 Many of you who are following the Golden Dawn’s Flying Circus show are well aware that there is an all-out witch hunt raging against the brethren and sisters of the Rosicrucian Order of Alpha et Omega®, which has especially been intensified when we reacted strongly and passionately against Nick Farrell’s latest published attack on the Alpha et Omega (past and present) disguised as a scholarly work on history. During the past month we have seen reconstructionist bloggers attacking the integrity of our Order and our right to defend its honour. During this internet witch hunt we have in the first round seen the reconstructionist mob using fear mongering tactics and we have also seen them attacking our history how we precieve it, as well as our Secret Chiefs and initiatory system. During all of this time we have seen not only well known reconstructionist representatives acting as inquisitors, such as Deanna Bonds, Olen Rush, Morgan Drake Eckstein, and Joseph Max taking lead of the witch hunting posse, but also a host of anonmyous blog trolls of various kinds spreading unfounded lies against the Alpha et Omega®.

Now recently, the witch hunt has changed their public arena over to yahoo and its foremost reconstructionist forum, attacking our Order’s (and my personal) view on God-Forms and that small part of the Alpha et Omega 6°=5° ritual which recently was profaned by the reconstructionist authors. The latest witch finder general being Pat Zalewski. In tandem with this new host of attacks on that recon-forum they have re-mobilized their old tactics of using anonymous and libelous blogs, mocking our Order and its Chiefs and spreading vileful lies about us. One such anonymous blog was created just a few days ago with the clear intent of mocking our Order and its Chief, and our Manifesto (which also has its Spanish version), as well as interpolating libelous lies. Even a equally mocking Facebook account was simultaneously created by the blog creator using the same mis-impersonation identity, with the expressed objective to promote his defamatory blog.

I find it then interesting to see that the professed recon-disciple of Mr. Zalewski, Morgan Drake Eckstein, who used to be a balanced and sober element in the reconstructionist community but recently has become one of the most rabid characters in this witch hunt posse, was the first individual on Facebook who linked to that anonymous defamation blog and also the very first one to accept the anonymous author’s friendship on Facebook, on the very same day that these Google and Facebook accounts were created. Is it then surprising to see Mr. Eckstein being the first individual to post a comment over at that defamation blog and hailing him and his wits? Quite telling I must say.

Now, if you have been following this blog for the last years or so, you know my personal position on anonymous defamation blogs. If you remember all the way back to 2009 I had an encounter with an anonymous blog troll calling himself “Tommy” who had set up a libelous defamation blog against the Alpha et Omega®. If you still remember this encounter somewhat, I also tried to engage with him in a fraternal and scholarly manner, to no avail. He wasn’t at all interested in any reasoned debate; he simply wanted me to further his propaganda and talking points. So I made everyone aware of my mistake and soon that blog was removed. My conclusion from that learning experience was: Don’t feed the blog trolls!

That is also my recommendation to all serious initiates of the Golden Dawn community, reconstructionist and traditionalist alike. Don’t give them any air to breath their venom unto the communty. It affects us all equally bad, regardless if we have a reconstructionist or traditionalist perspective on our beloved Golden Dawn tradition. It is the lowiest possible weapon to use in a political war; there is no excuse to resort to this kind of behaviour. To be honest, although I’m not that overly surprised that a well known and professed recon-authority in the communty, Mr. Ecktstein who obviously loaths the Alpha et Omega® so much, has given this new blog troll recognition, it also makes me equally dissapointed. I though him to be better than that. What is the level that these individuals are able to stoop down to in the name of order politics?

Or is it perhaps so that Mr. Eckstein somehow is involved in that blog’s creation? I am personally convinced that someone from the tiny group of recon-individuals that we have seen lately taking an active role in the witch hunt on the Alpha et Omega® is the actual creator of that blog, or at least has sanctioned its making. It would be a good thing if Mr. Eckstein officially distanced himself from the blog and its contents, and instead appologized to his brothers and sisters of the Alpha et Omega®. That is the only proper and decent way to do. As it stands today, he is directly linked to that defamation blog and the identity of its creator. 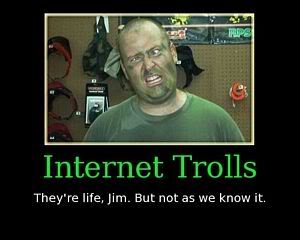 Great article, SR. With so many Adepts in the Golden Dawn community acting like slobbering idiots lately, it is nice to see that there are some left with both common sense and common decency.

I agree, it is telling that someone from the reconstructionist camp created a false blog filled with lies and defamation.

I believe this goes to the character of those who assault the HOGD/A+O.

If they had a sensible argument, or any solid ground at all upon which to stand, they would not need such things as false, anonymous blogs.