A few notes on energy work 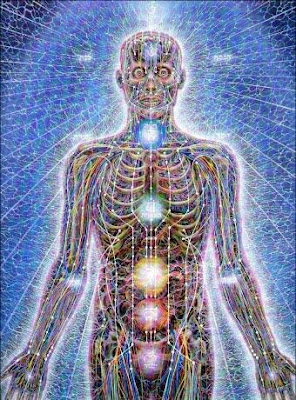 The other day I commented upon a blog post made by Frater A.I.T. where he proposes that meditation constitutes energy work, especially meditation of the kind that uses “prayer” to aspire towards God or the ALL. He mentions Alchemical Masters who often admonished their students to use Prayer in their workings. My good Frater also proposes extended practice several hours per day as the true key to aquiring immortality, warning the student against becoming content with the standard daily half or whole hour exercise. I basically agree with Frater A.I.T. in almost every word, with the only exception of contrasting energy work with ritual. Meditation surely is “energy work”, or is “energetic” in its nature; and with “energy” I am referring to both astral, etheric and physical forms in this context. Furthermore, meditation also has the great benefit of simplicity. I myself often meditate on the tram to and from work, and sometimes while I walk along a street.

My own experiences, that I would like to share with you for the first time since I started this blog, has taught me that it is the Words of Power (or the “matram” to use an equivalent oriental term) used in meditation that makes the energetic work done. The power of words triggers it; or at least the logos has some important part in all of this “raising of energy”. I have found out, through my own intuition, that a particular set of vowels really gets my energetic juices flowing so to speak, even if I only “say” them mentally (i.e. silently without using my mouth), which is how I do it in the majority of cases because of meditating in the public. The simple thought and focus upon the Word triggers the energy!

This meditation of my own device, silently using a power “mantram” of the Western Esoteric Tradition, and with no particular visualization, together with another energetic meditative exercise which I was taught in the R.R. et A.C., which make use of both vibrated Words of Power and visualizations, in fact “awakened” or “activated” my energetic body, centered along my spinal column.

I have always with ease felt etheric “energy” while doing invocations, especially in working God-Form Magic and intoning the Enochian Keys, but that feeling of energy has more been of a gentle type, even though I have felt it being spread through the whole of my physical body, either as a shower falling from my head or as a surge raising from the feet. Since I awakened my Serpent Fire along my spinal column, using the aforementioned techniques of meditative nature, the sensations has been much more intensified, as physical nerv currents of electricity and sometimes approximating orgasmic sensations; also regular invocations using Supreme or Greater Invocation Rituals (of the Pentagram and Hexagram) awakens this latter flow in my energetic body centered in a never before felt intensity along the spine.

I have been hesitant to share this highly personal gnosis with you, my dear reader, but feel that I must deviate from my principles of secrecy to make you understand that I base my opinions on my own practical experiences. So I must add to what Frater A.I.T. have stated in his blog, that also Ceremonial Magic – the use of ritual by and of itself – constitutes true energetic work. Thus I see no actual difference between meditation and ritual in importance, other that the use of ritual requires much more preparation and cannot be performed everywhere as with meditation. Thus it is simpler and more practical to use meditation as the basis for one’s work. But one shouldn’t substitute ritual work with meditation as I believe that the former is crucial in manifesting it fully in the physical body, because of the physical movements and different postures being done. Lets not underestimate the value of movement and posture!

To use a comparison between the traditions of the occident and the orient. While the meditative exercises may be compared to Hindu Yoga or Tibetan Buddhism, Ceremonial Magic may be compared to Taoist energetic work such as Qi-Gong, or Thai Chi, etc. Both perspectives on spiritual exercise work splendidly and should be seamlessly integrated in the Adept’s work, and also in that of the Aspirant’s, constituting a work in two parts.

So, in the final analysis I agree that meditation should be extended and used in prolonged application also outside of the traditional ritual Oratory, as often as one may find moments of opportunity in the daily affairs of life, simply because it is manageable to use in this way. And that this is the key to success I can attest fully with myself as a living example. It is always when I devote myself to the work fully, and in most aspects of my life, when I harvest the most true results.

I also agree with Frater A.I.T.:s advice to study the Western Alchemical Tradition in conjunction with the Eastern counterparts, as the latter are so related to the Western equivalents when it comes to energy work and alchemical applications, especially the traditions of Tantra, of Hatha Yoga and the practices of the Nath and Rasa Siddhas. A very good introduction to the Eastern tradition for the western Alchemist and Magician is David Gordon White’s books, such as The Alchemical Body and Kiss of the Yogini. While being academic works they also gives ample references to the original source and canonical texts. These books have the advantage of describing Tantra and Yoga as it was meant to be when these text books were written in the mediaeval times, i.e. the historical point of view, not the New Age stance on these topics that often divides matter from spirit, as well as energy from the body.