Regarding the Formula of Invisibility 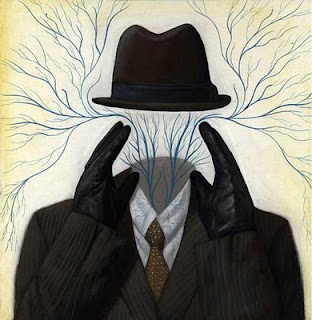 Lately there has been a discussion on the blogosphere and fora regarding the Invisibility Operation as contained in the R.R. et A.C. document on the Formulae of the Magic Of Light, the Ritual ”Z-2”. In this document the Invisibility Formula is attributed to the Letter Shin of the Pentagrammaton, of the Name YHShVH (Yeheshuah). 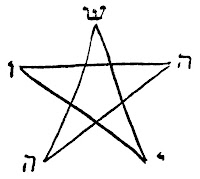 The Pentagrammaton
Now the Formulae attributed to the Letter Shin are also divided into three departments corresponding to the Mother Letters of the Hebrew Alphabet, which in turn are attributed to the Three Primary Elements of Air, Water and Fire, and that of the Three Alchemical Principles of Mercury, Salt and Sulphur.

Looking at the attributed Key or Trumph, Aleph is symbolized by “The Fool”, the most spiritual card of the whole of Tarot. Its occult title is that of “The Spirit of Ether”. This is also the card which is attributed to the number “0”, the symbol of Ain-Soph or Nothingness. This is the darkness that were before there was any light. A fitting image of the Formula of Invisibility (as will be seen below). 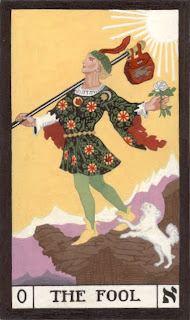 The Spirit of Ether
Now this Formula is probably on of the most derided among Adepts and armchair magicians alike. There is a story (quite popular amongst the Thelemites) of the former Golden Dawn Adept Aleister Crowley, apparently originating in Corfu Sicily, which goes like this:

A stranger was sitting in a bar in Corfu when he saw a peculiar character walking down the street, dressed up in a robe and wearing a nemyss. His right hand was holding a coloured staff, with a flower on its end, and his left forefinger was pressed to his lips. But everyone else in the street was ignoring him and pretending like he wasn’t there.

The stranger asked the barman who that strange fellow was. The barman answered: “That is Mr. Crowley, who thinks he is invisible.” The stranger being perplexed asked: “But why is everyone acting like he actually was invisible?” The barman answered: “Have you ever spoken to Mr. Crowley? It is much better to pretend that you can’t see him, or else he might read you some of his poetry.”

This charming little story reminds us of the image of the Fool pictured above. Thus some modern Adepts believe that the Invisibility Formula has no place in the minds of modern magicians. On the other hand, some Adepts believe it provides a key to unlock the gateway into the True and Invisible Rosicrucian Order, i.e. “the Secret Chiefs”. This last suggestion is thought provoking and offers interesting opportunities, if it is based upon a correct understanding of the Formula. 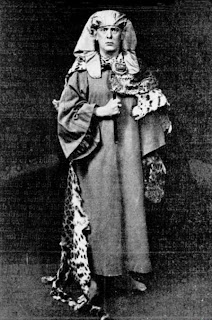 Aleister Crowley how he must
have appeared to the Cicilians
Most, however, regards it as a “cloaking device” or “camouflage suit” for the Aura or Sphere of Sensation. I belong to this latter category. I also believe this was the original intent of the creators of the Z-2 Formula of Invisibility. Simply speaking, I believe people will have a harder time noticing you, even if you don’t disappear physically, if you perform the Formula successfully. The so-called Rose Cross Ritual has a similar but minor effect upon the Aura.

There are situations when such ability may come handy. For example during periods of intense spiritual Work and needed isolation, when social interaction can be quite distracting. This Formula is thus not only an operation of Invisibility, but also that of silence and of protection. Therefore the analogy of camouflage is fitting. It is everywhere associated with the God-Form of Harparcrates, the Egyptian God of Silence.

Harparcrates
But then again I was thinking about the Invisibility Z-formula a couple of weeks ago when driving a whole day in the countryside. I remember being quite satisfied that I currently wasn’t doing any invisibility operations, as I obviously like drivers to see me when I’m in the middle of traffic. This is the spontaneous emotional understanding of this Forumula.

I have experience of an invisibility ritual performed in a group setting, according to the directions as set forth in the Z-2, years ago. Did it work? According to the spoken intention? Yes, I do believe so. But the down side of it is that few people can receive and hold the “Divine Darkness” (N.O.X.), the powers of Binah, etc.

Some Adepts regards the Invisibility Formula as a reversed Neophyte formula, i.e. from Light to Darkness. I agree with this analysis, at least to a certain extent. To break the invisibility “spell” you simply use the ordinary neophyte formula that takes the subject from Darkness to Light, i.e. the Admission Ceremony of the Neophyte.

However, the interesting question is: From Light to what Darkness? Is it from the “light of illumination” to the “darkness of ignorance”, from the “light of the spirit” to the “darkness of matter”? Or is it another kind of “spiritual” darkness. My hard learned experience tells me that the invisibility formula invokes a “divine darkness”, that which the Thelemites refer to as the N.O.X. The melancholic Divine Feminine, the Mighty Mother, the Tears of Binah, the Waters of Creation, etc. 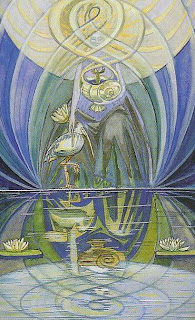 The Mighty Mother Binah
At the time of the operation I wasn’t prepared for this influx of Supernal Darkness, which resulted in a really bad case of the so-called “Dark Night of the Soul” syndrome. I was completely at a loss. I lost orientation in my life. For some time I couldn’t think or imagine that I would do anything Hermetic or occult in my life again. Luckily, I was the only one who had to bear this burden in the group performing this operation. As I almost didn’t recover from it, I would think twice before I perform it again, at least in that form.

So, the Invisibility formula manipulates the aura or sphere of sensation of the individual (or the egregore in a group setting), by creating a shroud of invisibility created from the powers associated with the Qabalistic Sephirah of Binah and Egyptian God-Form of Harparcrates. It also seems that it affects people differently in relation to the operator, at least if we are to trust the different reports. 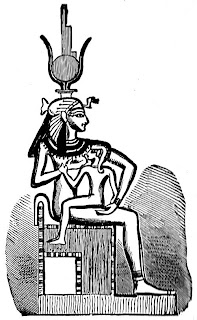 Harparcrates being suckled
by the Mighty Mother
My guess is that people with their feet in the ground and consciousness at the level of the physical senses (i.e. hylics), aren’t that affected by it. But perhaps people of a more dreamy kind, introverted characters, who pay more attention to their thoughs and fantasies (i.e. the astral), and spiritual nature, are more ‘glamored’ by any form of magic, such as the invisibility formula.

Another interesting question is the following. Why does the G∴D∴ designate the Aura as the “Sphere of sensation”? How much of the sensations that we receive for interpretation in our minds comes from the actual physical senses and how much from the sphere of sensation (or energy body, or etheric body, etc.)?

As the physical and ethereal realms are quite mixed up, as the latter realm is a subtle double of the former – the etheric forming the matrix of the physical – this is not that easy question to answer in my opinion.