A Qabalistic interpretation of the Hermetic philosophy regarding man's soul 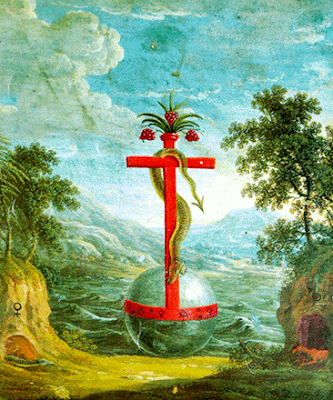 According to a quote provided by Yakov-Laib HaKohain of the Neo-Sabbatian movement “Donmeh West” Jacob Frank, the leader of the 18th Century Qabalistic messianic movement in eastern Europe (with strong connections to German Rosicrucian currents), had this to say regarding man’s soul:

The soul has a man's form and has been hidden in a Secret Place since the creation of the world, and there has not yet been a man with a soul in him. Even the Holy Fathers and Jacob, our Father that was greater than all of them, and all the great ones and holy ones, had no souls. For there is in every man and inner lack; and he does not feel his lack, and on account of this we wear ourselves out trying to reach the degree of Whole Man, for only the Whole Man will be fit for a soul to be in him.

Now, according to the Hermetic teachings of the old European tradition, as promulgated by the Rosicrucian Order of Alpha et Omega and its mouthpiece David Griffin, the true nature and processing of Hermetic Alchemy is according to the following:
Let us linger some more with the fourth point regarding Man’s soul according to the Alchemists. In the above quotation Jacob Frank is heard saying, “The soul has a man’s form”. This may in fact be a reference to a energetic or “subtle” body. Thus I believe there are certain similarities between the eastern schools (as expounded by theosophy and anthroposophy) and the western schools of Hemeticism and Qabalah, thus:
Jacob Frank continues and says that the energetic body in question “has been hidden in a Secret Place since the creation of the world, and there has not yet been a man with a soul in him.” According to Yakov-Laib HaKohain (the modern heir and expounder of the Sabbatian mysteries) Frank is here referring to the Neshamah – the “hidden and Secret Place”.

Thus when hermeticists are referring to the notion that man lacks a Soul I believe that they actually mean we still haven’t developed our Solar body in a sufficient manner, and thus lack true immortality. We all have the potential to develop a Solar body, but in most of us it is still hidden in a “secret place”, i.e. beyond the reach of our conscious mind or manifest life – the World of Action.

In this I see that (Frankist) Qabalah and the Hermetic school confirms each other that in most men we have only the seed or potential of a soul, or the “foetus” of the Body of Light. In some of us we may find a more or less developed astral or Lunar body. But how many of us have a developed the Solar body? According to Frank none. Alchemy however teaches us that we actually may develop it, cultivate it through transmutation using the Stone of the Wise or Philosopher’s Stone. Only through energetic cultivation of our energetic bodies and the transmutation from Lead (corporeal body) into Gold (Solar body), using this Stone, we may reach that final goal of immortality and illumination.

Thus Jacob Frank ends his speech saying, “for only the Whole Man will be fit for a soul to be in him”. The “Whole Man” is the master or mistress who has transmuted him or herself into the body of Light and thus become Whole or Holy – a fountain of True Wisdom and Perfect Happiness, one who has found the Summum Bonum!

Great post, given me food for thought-I wonder if one picks up where one has left off, if the work on the Solar body was begun before dying?

Thank's for you kind words. You have asked a very interesting question. I don't know the answer to that for sure, as I am but a Neophyte with Hermetic Alchemy.

It seems plausible, but then again so must also the physical body be given us at birth already sufficiantly cultivated for this to be able to happen.

Considering this I believe it is more plausible that we begin at square one at each incarnation but that we are able to work up to the earlier level of the previous incarnation with less effort as compared to what we must accomplish after that level.

I believe this phenomena is also to be found in initiation, where the fact that we may pass through some grades with more ease as compared to others may be attributed to earlier work in previous incarnations.